PMP Exam Tip: What is the Difference between Project Objectives and Milestones?

Looking for something specific?
Type in a key word here:

Get the most popular PMP Exam Simulator at the best price out there!

Get PMI-ACP® certified with that ULTIMATE ACP® Simulator [10% OFF! ]

PMP PrepCast Elite PLUS – The ULTIMATE prep tool COLLECTION to become a PMP®! [Get 5% OFF NOW!]

FREE PMPrepCast – How to Ace Your PMP® Exam? Try it for FREE!

How to Ace Your PMP® Exam with the World’s Most Popular PMP® Training Course! – The PMPrepCast 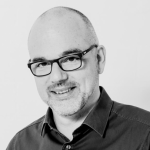 When preparing for the Project Management Professional (PMP)® Exam you will first come across objectives and milestones in your project charter. Here is some help in understanding them better, so that you can properly answer PMP Exam sample questions:

A Project Objective is the goal of a project; what is the project trying to accomplish and what are the parameters to do so? Project objectives can be such measurable items as schedule, cost, quality, performance, stakeholder satisfaction, or whatever will be used to determine the project success. Some examples of project objectives are; the project will be completed no later than March 2018, the budget for the project is $5M, the reject rate during production must remain less than 3%, this version of the software will run 25% faster than the prior version, and stakeholder satisfaction will be maintained at no less than 98%.

The thing to remember for the exam is:  project objectives are developed to define the goals of the project and are typically something that can be measured and milestones are points in time or events within a project that are used to evaluate a project and to determine if the project is performing as planned.

Markus has more than 20 years of management and leadership experience, including more than 18 years in Project and Program Management.

One of Markus's central objectives and motivations is to implement and deploy the PMI project philosophy and a PMI-based project management methodology in his company.

and learn how to kickstart your PMP preparation now!

Please log in again. The login page will open in a new tab. After logging in you can close it and return to this page.